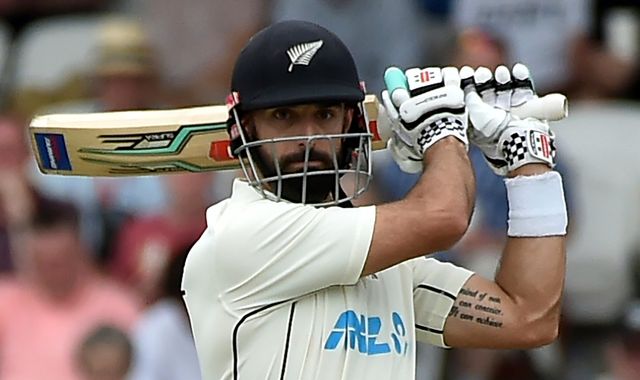 England were held up by Daryl Mitchell and Tom Blundell once again after making a strong start to the third Test against New Zealand at Headingley.

Henry Nicholls' bizarre dismissal - caught at mid-off after the ball deflected off Mitchell's bat at the non-striker's end - left the Black Caps 123-5 at tea, having chosen to bat first, but an unbroken stand of 102 between Mitchell (78no) and Blundell (45no), their third three-figure partnership in as many Tests, took them out of trouble.

Stuart Broad (2-45) had got England off to a flyer with a wicket in the first over, while Jack Leach (2-75) got through 30 overs in the day after striking with his first ball and debutant Jamie Overton (1-41) claimed his first Test scalp when he bowled Devon Conway after lunch.

Mitchell had some fortune when England failed to review an lbw decision that would have seen him gone cheaply and he made it count, reaching stumps within sight of a third hundred of the series as New Zealand closed on 225-5.

Broad gets England off to perfect start

With the sun shining and a gleaming white deck, conditions appeared perfect for batting and England would have been steeling themselves for a long day in the field.

Instead, they were celebrating within six deliveries as Broad ended a testing opening over with the wicket of Tom Latham (0), the left-hander caught by Joe Root at first slip after poking at one that straightened just enough to find the edge.

Broad nearly struck again with the first ball of his next over as Kane Williamson glanced it fine down the legside, just out of reach of the diving Ben Foakes behind the stumps.

Williamson and Will Young battled through most of the next hour, the latter narrowly avoiding dragging the ball onto his own stumps as he tried to hook Broad, but just before drinks, England got their second.

Jack Leach was brought on to bowl the 13th over and the left-arm spinner immediately made the most of his early introduction, trapping Young (20) lbw with a hint of turn enough to beat the bat as the opener attempted to work to leg.

Young reviewed but once it was established that there was no bat involved, it was plumb.

Again, New Zealand were left to regroup, this time through Williamson and Conway, but with lunch approaching, Broad returned to dismiss the Black Caps skipper.

The line was immaculate, the length full and when Williamson (31) pressed forward to defend, a fraction of movement was all it took to find the feather through to Foakes.

It could have been worse for New Zealand had Foakes clung on to a very tough chance, diving full stretch to his right after Broad had found Conway's inside edge.

Conway (26) survived but was ruing that same edge soon after lunch when it sent the ball cannoning into his stumps as he attempted a booming drive off Overton.

It was a big moment for the England debutant, a first Test wicket to help settle the nerves after an up-and-down opening spell in the morning session.

Just prior to that, England thought they had got Nicholls as Matthew Potts rapped him on the shin with a big in-swinger.

The umpire turned down the appeal, crucially as it turned out, but Ben Stokes sent it upstairs. Replays showed the ball got trapped between bat and pad, perhaps making contact with the pad first.

However, with no conclusive evidence to overturn the on-field decision, it stayed not out.

DRS was crucial later in the session but this time it was England's decision not to use it that cost them.

Potts pinned the in-form Mitchell with an in-swinger but despite a vociferous appeal, umpire Erasmus shook his head and Stokes opted against sending it upstairs.

Had he done so, Mitchell would have been on his way for eight with three reds on ball-tracking, hitting halfway up middle.

Nicholls suffers freak dismissal on the stroke of tea

But if Mitchell's luck was in, Nicholls (19), having dug in for 99 balls to thwart England throughout the afternoon, found he was clean out on the stroke of tea.

The left-hander thumped the ball back at Leach, but Mitchell could not get out of the way quickly enough and the ball hit his bat and looped up to Alex Lees at mid-off. A complete freak of a dismissal.

The early sunshine had made way for gloomy skies as England returned for the evening session faced with a familiar challenge, breaking a partnership between Mitchell and Blundell.

Not for the first time in the series, it was a problem for which England struggled to find a solution. Both batters were assured at the crease, steadily accumulating runs as the home side rotated their bowlers.

Mitchell and Blundell were spared the threat of Stokes, though, with the England captain seemingly not fit to bowl, leading to lengthy spells of twin spin - Leach at one end, Root at the other. A real rarity on day one of a Test match, particularly at the traditionally seam-friendly Headingley.

The sixth-wicket stand had passed 50, and so too had Mitchell, before the Black Caps' progress was briefly halted by a shower that forced the players off for 20 minutes.

Upon the resumption, England swiftly burnt another review for a catch down the legside as Overton bowled to Mitchell. UltraEdge showed the ball flicked off the thigh pad rather than the bat.

The second new ball was taken but the Kiwi batters held firm. The economical Potts (0-28) came closest to breaking the stand when Mitchell skewed the ball legside but it fell just short of the fielder at short midwicket.

Stats of the day

Watch the second day of the third LV= Insurance Test between England and New Zealand, at Headingley, live on Sky Sports Cricket from 10.15am on Friday. 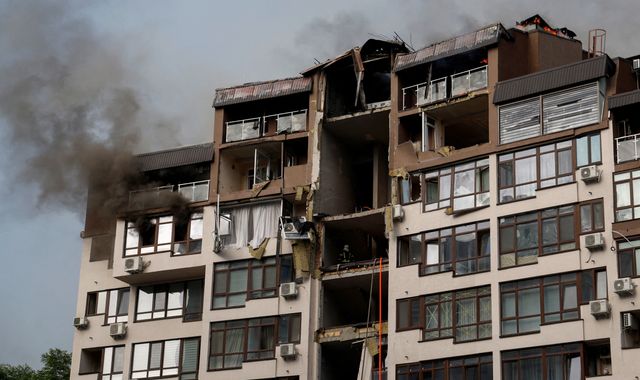 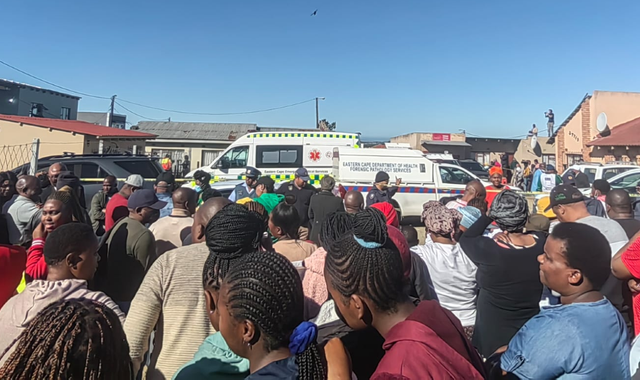 The Waterboys star Mike Scott on his one David Bowie regret, accidental rave anthem and performing at Glastonbury

Politics jostles with music for the Glastonbury limelight