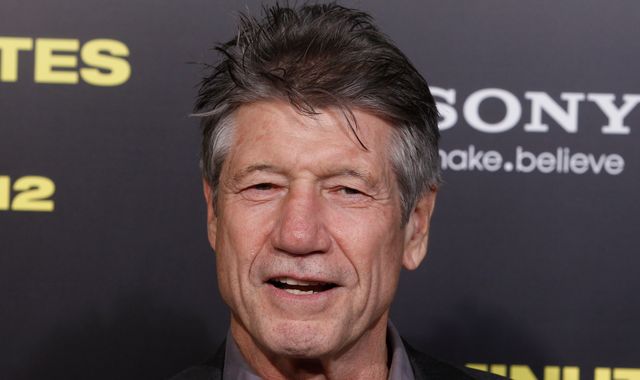 Fred Ward, who starred in films including Tremors, The Right Stuff and The Player, has died aged 79.

The actor died on last Sunday according to his publicist Ron Hofmann. The cause and place of death were not given.

Ward had previously worked as a boxer, as a lumberjack in Alaska and as a short-order cook who served in the US Air Force.

A San Diego native, Ward was part Cherokee. Despite being known for his tough-guy roles, he was renowned for bringing a certain warmth to his parts.

After studying acting in Rome, Ward got his first major part opposite Clint Eastwood in 1979's Escape From Alcatraz.

He would go on to win a Golden Globe and a Venice Film Festival ensemble prize for his performance in Robert Altman's comedy drama Short Cuts.

Other big roles included the title character in Remo Williams: The Adventure Begins and Mercury 7 astronaut Virgil 'Gus' Grissom in 1983's Academy Award-nominated The Right Stuff and as a union activist and workmate of Meryl Streep's character in Mike Nichols' Silkwood.

One of his most memorable roles was opposite Kevin Bacon in horror-comedy Tremors, playing a repairman battling giant underground snakes in the Nevada desert.

Bacon paid tribute to Ward, writing on social media: "So sad to hear about Fred Ward. When it came to battling underground worms I couldn't have asked for a better partner. I will always remember chatting about his love of Django Reinhardt and jazz guitar during our long hot days in the high desert. Rest In Peace Fred."

Actor Matthew Modine, who co-starred with Ward in Short Cuts and Alan Rudolph's Equinox tweeted: "Devastated to learn about the passing of my friend, Fred Ward. A tough façade covering emotions as deep as the Pacific Ocean. Godspeed amigo."

Actor Kate Mulgrew posted: "I mourn the loss of Fred Ward, who was so kind to me when we worked together on Remo Williams. Decent and modest and utterly professional, he disarmed with a smile that was at once warm and mischievous."

He played President Ronald Reagan in the 2009 Cold War espionage thriller Farewell and had a supporting role in the 2013 action film 2 Guns, starring Denzel Washington and Mark Wahlberg.

Ward demonstrated his comedy timing in Naked Gun 33 1/3: The Final Insult in 1994, playing a terrorist intent on blowing up the Oscars.

On TV, he had recurring roles on NBC's ER playing the father of Maura Tierney's Abby Lockhart between 2006 and 2007 and guest starred on shows including Grey's Anatomy.

Ward most recently appeared in the second season of HBO's True Detective as the retired cop father of Colin Farrell's Detective Ray Velcoro.

Ward is survived by his third wife, Marie-France Ward and his son from his second marriage, Django Ward.

Ukraine war: Russians have turned to a devastatingly random tactic in the Donbas - and they're still on the march