Are you an expert on the lyrics of AM by Arctic Monkeys?

How many times have you sung these songs? Enough times to get 100% in our AM quiz?

Arctic Monkeys released their fifth album AM on 9 September 2013, and it's fair to say that it caused a few waves. With its bold sound, guest appearance by Queens Of The Stone Age's Josh Homme and a string of hits - Do I Wanna Know?, R U Mine, Arabella - it quickly became a fan favourite.

But in the years since its release, have you memorised every lyric. every line? We'll give you a snippet of one of the songs - all you have to do is choose which one of the three titles the lyric belongs to. 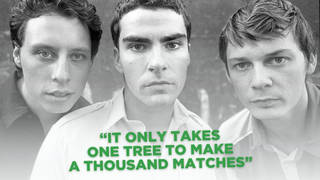